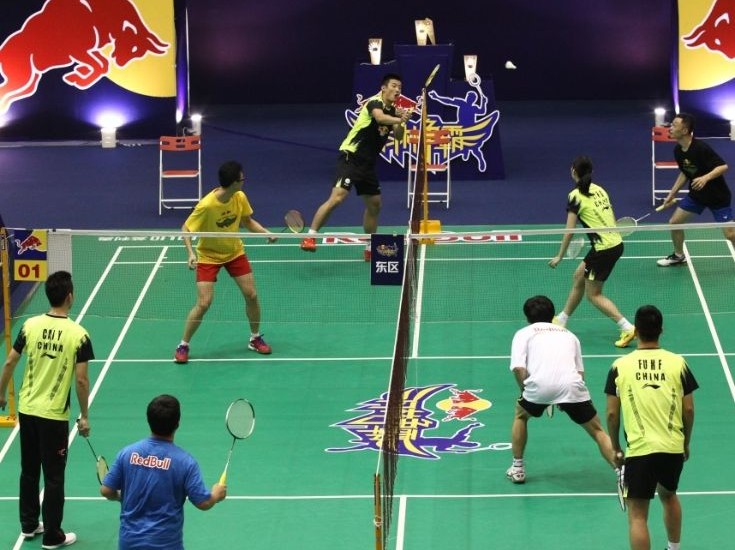 Held to coincide with the Wang Lao Ji BWF World Championships in Guangzhou, China, earlier this month, the “RedBull Super Final” brought together four amateur finalists, the surviving teams from several rounds of zonal competition, to vie for the title at Shaw Sports Complex in Jinan University, Guangzhou on Saturday 3 August. An estimated 6,000 teams had started the tournament four months earlier and now it would be seen who ultimately prevailed.

To find out which team won and more about how this tournament has evolved, click here.