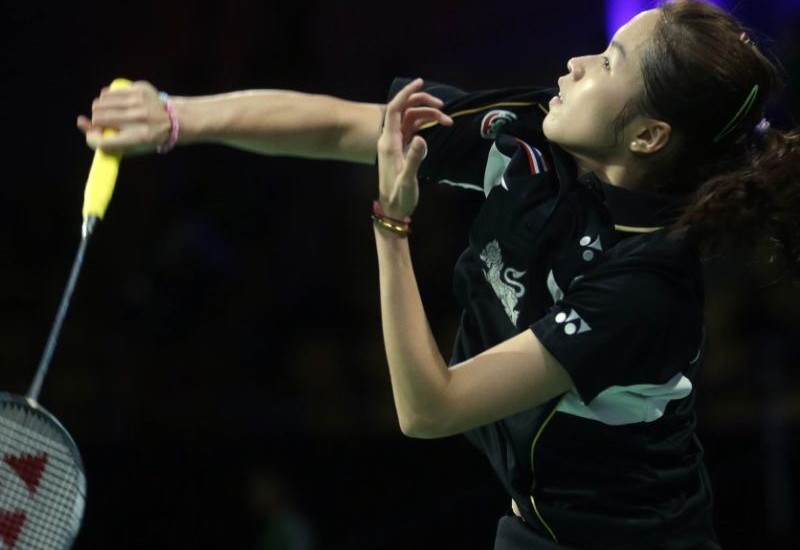 Top seed Li Xuerui began her bid for the Women’s Singles World Championship with a 21-13 21-17 win over Kristina Gavnholt today and spoke of her internal struggle after losing last year’s final.

Although the 23-year-old from Chongqing will hold the Olympic title for another two years, she was stung by the defeat in front her home crowd in Guangzhou, China.

“Losing was very sad – the World Championships is difficult for me,” Li said after a first-round performance in which she overcame a three-point second-game “I have had a lot to overcome mentally, but now I have done that I come here with much more confidence,” she stated.

At her best, Li (left) was full of dazzling stroke-play, lethal at the net and hard to read with her round-the-head and sliced overheads, but the temporary second-game slump against a rival ranked outside the top 20 suggested moments of lost focus which still need addressing. Her conqueror in last year’s World Championship finale, Ratchanok Intanon (featured image), looked briefly as if she might drift into serious difficulty during a 21-18, 21-10 win over Beatriz Corrales, the world No.26 from Spain.

Intanon began fluently, but a three-point lead slipped to a deficit at 16-17 in the first game, and it required several steadily played rallies for her to squeeze to safety. After that the Thai player got completely on top and moved comfortably enough towards a third-round meeting with Minatsu Mitani, the 16th seeded Japanese player.

“In the first game, I was getting used to the court and to how she was playing (Corrales). In the second, I had adapted and it was easier. I was a little tired because I was ill and not playing recently,” said the defending champion, noting her errors were a bit high.

Li’s next opponent is her compatriot Han Li, the 12th seed, and another win here could earn the favourite a quarter-final with Saina Nehwal, the Australian Open champion from India.

Nehwal played encouragingly well against Natalia Perminova, the world No.44 from Russia, winning 21-11, 21-9, and had, she volunteered, gained significant confidence from her Sydney success two months ago.

“I could feel the improvement happening,” Nehwal said. “I thought I could get a big title, but I wasn’t expecting it to come so soon. I’m able to take a lot from that. ”

This showed with livelier movement than she had been capable of earlier in the year, a good hitting rhythm, and more offensive intentions than is usually characteristic of her cerebral, patient style.

Nehwal’s progress was preceded by the fall of the first seed in the Women’s Singles event. Nichaon Jindapon, the 14th seeded Thai player, lapsed disappointingly from the middle of the second game onwards and lost 15-21, 21-13, 21-9 to Lindaweni Fanetri, the world No.30 from Indonesia.

There is a prospect of four Chinese players reaching the last 16 of the Women’s Singles, while another Chinese, the second-seeded Chen Long, moved rapidly into the second round in the Men’s Singles, winning 21-8, 21-10 against Luka Wraber of Austria. Indonesian Tommy Sugiarto advanced also 21-12 21-14 over Singapore’s Derek Wong while Germany’s Marc Zwiebler (above) beat Niluka Karunaratne of Sri Lanka, 21-18 21-11.