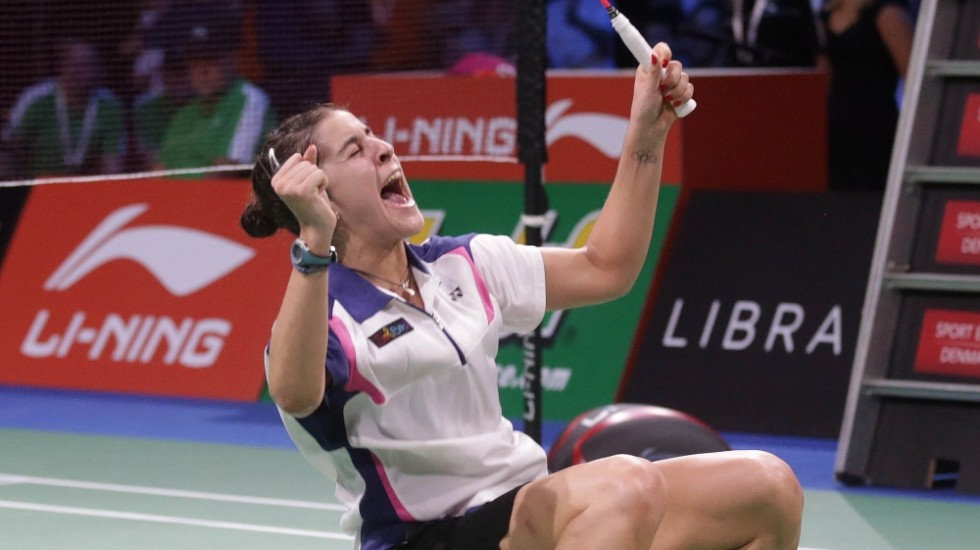 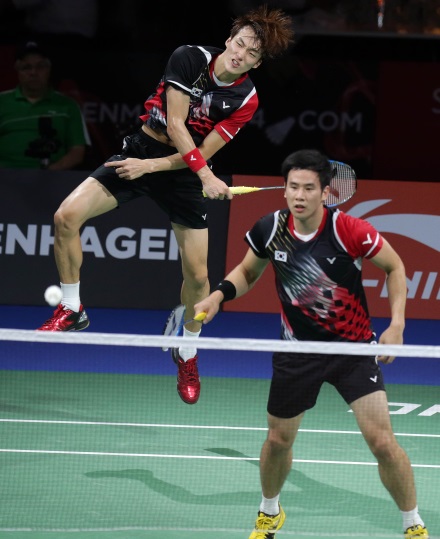 A World Championships that began under the shadow of prominent withdrawals ended with glorious milestones being set.

The enduring memory of the Li-Ning BWF World Championships 2014 will be the epic, history-defining scenes that unfolded in Ballerup Super Arena in a whirlwind week.

This was a tournament for the ages which saw the rise of new champions; the tantalising promise of more dramas to come; and some vintage performances from legends still relishing the thrill of battle.

The crowning of Spain’s first-ever World badminton champion plus the stunning record of China’s Zhao Yunlei and a heart-stopping Men’s Doubles finale all but wiped away disappointment from the absences of various stars through injury or illness, including two triumphant pairs from last year.

In winning Women’s Singles, Carolina Marin did more than just claim badminton’s premier title. Marin showed Spain has finally arrived on the world stage, and she did it in the most impressive manner possible. Her defeat of former World champion Wang Yihan in the third round was followed by a tough examination against No.8 seed Tai Tzu Ying (Chinese Taipei) before she hit peak form against PV Sindhu of India in the semi-finals.

If she was outmatched in experience by Li Xuerui (China) in the final, she did not show it. The Spaniard has not even won a World Superseries but she played a tactically astute game, pinning Li to the baseline with deep tosses and unleashing steep winners from time to time. Towards the third game, it was the Olympic champion who was rattled by the relentless pressure. 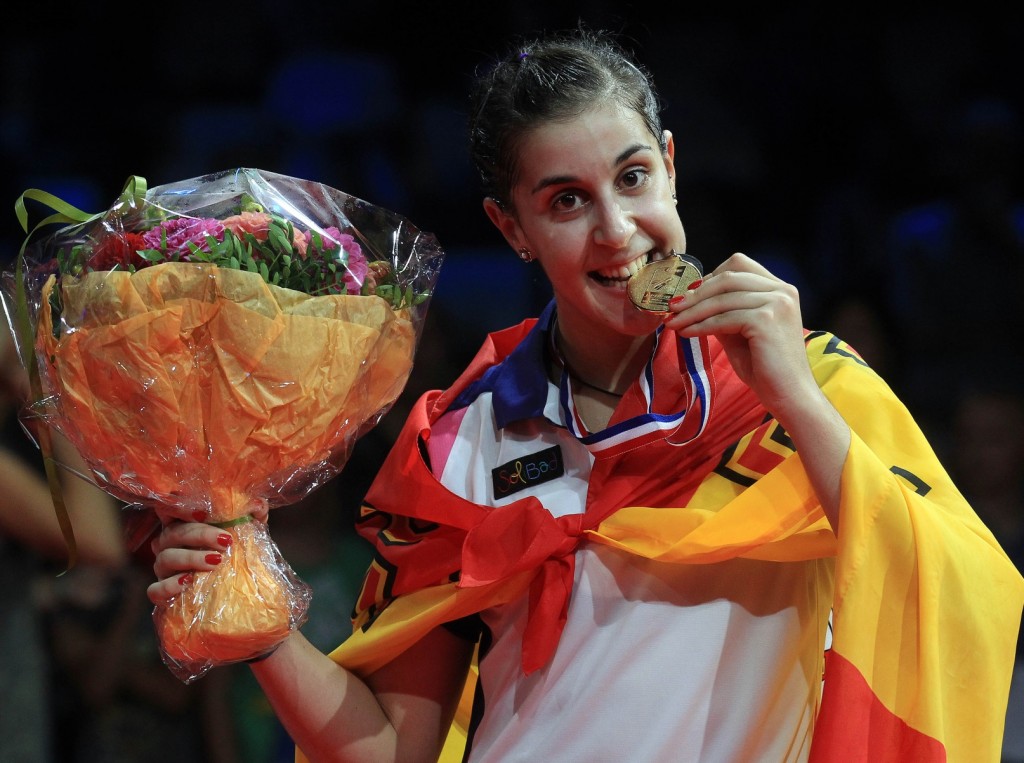 “I was trying to keep her away from the net because she’s an amazing player and she showed that, especially in the first game,” revealed the new queen of women’s badminton.

Marin became only the fourth non-Chinese Women’s Singles gold medallist in 19 editions of the World Championships since 1983. In doing so, she became the first European winner since Camilla Martin in 1999.

It’s unlikely that anybody would have accurately predicted this outcome at the start of the event, especially since it featured all the stars, including four Chinese (Li Xuerui, Wang Shixian, Wang Yihan and Han Li), Saina Nehwal, PV Sindhu (India), reigning champion Ratchanok Intanon (Thailand) and Sung Ji Hyun and Bae Yeon Ju (Korea), among others. 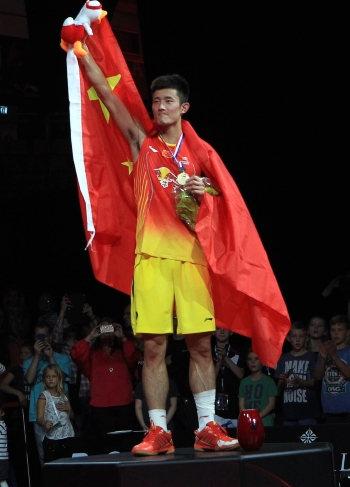 Just as unexpected was the triumph of Shin Baek Choel/Ko Sung Hyun in the Men’s Doubles showdown. The No.12 seeds were up against their compatriots who had an unbeaten streak in six Superseries finals. Lee Yong Dae/Yoo Yeon Seong have enjoyed a dream run since their first outing at the Denmark Open last year and have scarcely put a foot wrong since then, arriving in Copenhagen after three Superseries conquests in three weeks. The vast experience of Lee, who had been in two previous World Championships finals, was also expected to favour the No.2 seeds.

However, in a dramatic twist, the favourites were left fending off a blistering attack from their challengers — and ironically their ex-partners — throughout the final. Shin and Ko never took their foot off the pedal despite all that Lee and Yoo threw back at them. Not even the loss of match point in the second game threw them off the task, and they duly nailed the gold medal at their first opportunity in the decider.

Somewhat similar to Lee Yong Dae’s despair was Lee Chong Wei’s. The Malaysian, like the Korean, was in his third World Championships final and, given that he had beaten Chen Long comfortably in their last two meetings, was expected to have the edge.

Chen proved a different player from the one who had suffered those big blows earlier this year. Setting a high pace from the start and scarcely making any errors, he piled on so much pressure that even the vastly experienced Lee appeared worn down. The Malaysian was uncharacteristically erratic and indecisive, although he did well to claw back in both games. However, a couple of points in each game proved crucial.

“I played safe and made a few silly mistakes in both games. I tried my best and I’m sorry I didn’t get the gold medal for my country,” said Lee, putting on a brave face for media on Malaysia’s Independence Day.

Amid the fanfare and plaudits for the players, BWF President Poul-Erik Høyer praised the conduct of the Championships.

“These Li-Ning BWF World Championships have showcased the best of badminton from across the globe and, once again, demonstrated what a wonderful blend of entertainment and suspense our sport provides,” Høyer said.

The President called it a “compelling event” with “great storylines”.

“New stars have emerged on the world stage – reaching the latter phases of the tournament – while a number of seasoned competitors have proven their endurance and longevity. Ballerup Super Arena has been superb for badminton and the crowds have created a fantastic atmosphere, especially over the weekend when tickets were sold out. We wish to commend the hosts, Badminton Denmark; Sport Event Denmark, all other Danish sponsors and the outstanding team of volunteers, for the warm hospitality and the way they have welcomed the badminton family to Copenhagen. It has been a world-class advertisement for our sport. Thank you to everyone who made this BWF Major Event a huge success.”